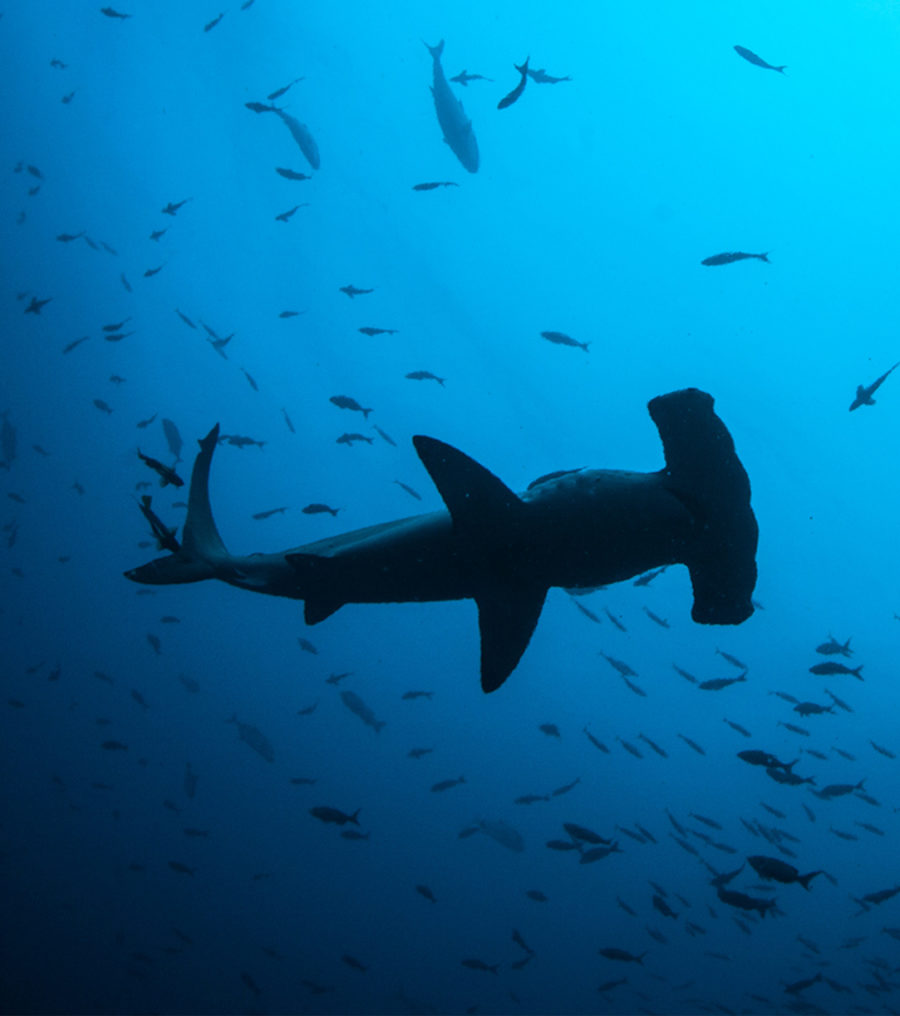 What is shark finning?

Firstly, shark finning is illegal in all Australian waters. “Finning” is when a fisher catches a shark, slices off and keeps its fins, and throws the body back in the water.

But that doesn’t mean that Australia isn’t involved in the shark fin trade. Because whenever a shark is caught by a commercial fisher, the fisher can also legally sell the fins.

Australia trades fins, so what and why is the ‘Fins Naturally Attached’ rule necessary?

“Fins Naturally Attached” (FNA) means sharks have to be brought back to port in one piece before the fins are cut off. This stops live shark finning.

Without the FNA rule fishers can proces sharks at sea by off fins (we’re mostly talking about the dorsal and side pectoral fins) and flesh into separate piles, so long as they’re in the right proportions (typically set at 5% fins to flesh).

But what if there’s not much room left on the boat, and a fisher catches some species whose fins are highly valuable – like a scalloped or great hammerhead?

This is a practice called “high grading”.  But the outcome is that sharks could be needlessly caught, or shark meat needlessly thrown away.

What’s more, once sharks are separated from their fins, it becomes very difficult to identify what kind of shark has been caught and endangered species can end up in the mix. This data is vital for fisheries managers to keep track of fishing activity to know if too many species are being caught, or even if endangered sharks are being killed.

These are not good outcomes for sharks.

Does Australia have a “Fins Naturally Attached” rule?

Australia is a patchwork of rules and it’s anti-finning measures are inconsistent.

Western Australia is the only place in Australia where there is no FNA rule in any of its state-managed fisheries that harvest sharks. Queensland and the Northern Territory have FNA in their largest shark fisheries but are yet to extend the law to their other fisheries. All other jurisdictions have FNA.

Why isn’t the fin trade banned in Australia?

Great question and it’s something FNA can also help resolve in light of the complexities and challenges navigating international trade laws. It might sound counter-intuitive, but once FNA is in place across all of Australia, the next step is the ‘Canada’ model.

Under Canadian law you can only export/import shark fins to and from Canada IF it’s in the form of FNA[1] – that is, you need to trade the whole shark carcass, fins attached. This serves three very practical considerations;

What can you do now?

The Western Australian government is now the only one left in Australia that has not done all it can to stamp out shark finning. Send a letter today, urging WA to make Fins Naturally Attached law.

Reading Time: 3 minutes By Lawrence Chlebeck Earlier this month, I was in my element at a virtual gathering…