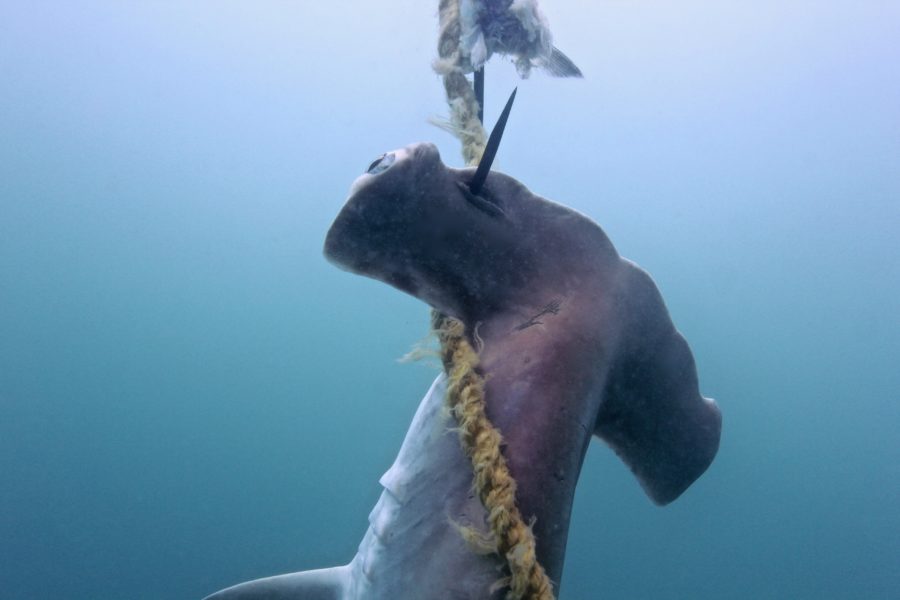 We see the phrase in the newspaper, in online articles; we may hear it at the bus stop or the water cooler, we may have even read a shark culling article – but, what is a shark cull?

Culling is when a population of animals is reduced. Most often we hear the term with reference to a herd of cattle. In the past, during times of drought, a herd would be culled, with the diseased or weak animals slaughtered to ensure there was enough food for the healthier animals. Animal culling in Australia is not necessarily uncommon.

But what is a shark cull? We don’t herd sharks the way we do cattle, so “cull” could be considered a bit of a misnomer, though the intention to reduce the population is similar.  However, with a wild population like sharks, no effort to select only weak and diseased individuals is possible. Any caught shark is a culled shark.

Currently, sharks in Australia are culled as a result of misguided attempts to reduce the risk of shark bite in New South Wales and Queensland – Australia’s east coast. In New South Wales, sharks are caught and drowned in 150m long fishing nets set at 51 beaches between Newcastle and Wollongong in a program, the Shark Meshing Program, that dates back to 1937. In Queensland, shark are caught and drowned in nets, and also caught using baited hooks on buoys, known as drumlines. When found alive on drumlines, 19 species of shark are shot and killed. Queensland’s Shark Control Program began in 1962.

One could possibly accept the wildlife death toll caused by these programs if it led to a reduction in the risk of shark bites – but sadly it does not.

At 150m long, and 6m high, set in 10m of water, shark nets are not a barrier to the open sea. They do not come close to spanning the beach. Sharks can move above, below, and between the net and the beach. Forty percent of sharks caught in the nets were caught on the beach side of the nets (1), meaning the animal had been nearer the beach and was attempting to move back out into deeper water having caused no harm to anyone.

As floating baited hooks, sharks can swim right the drumlines, with the chance that sharks are being attracted closer to the beaches due to the presence of baits.

The nets and drumlines are designed to catch and kill large sharks, despite the fact that an Administrative Appeals Tribunal found that there is “no correlation between the abundance of sharks in the local area and the risk of shark bite” (2). Scientists testified that the risk of shark bite is so low, and sharks so highly migratory, that there was no way a local population could be reduced enough to statistically impact the risk whatsoever.

As it stands, we are paying a heavy cost for nothing more than a false sense of security.

When we look closer at what a shark cull is, we find that not only are sharks killed, but also so many more marine animals. Rays, turtles, dolphins, fish, birds and even whales have fallen victim to the nets and drumlines in Queensland and New South Wales.

Shark protection and conservation is essential in our changing world.

Humankind relies heavily on our oceans, not just for food, travel and trade, but also for rest and relaxation. Our oceans cannot provide these services if unhealthy, and to be sure, a healthy ocean needs healthy shark populations. If you’d like to support shark conservation, please register to become a Shark Champion here. It takes only 30 seconds to register, and you’ll occasionally get a quick petition to contribute to to help save our oceans.

Sharks are predators, and large sharks are at the very top of the food chain. Sharks regulate and balance every level of the food chain below them. When we remove sharks from the system, things begin to break down and become out of balance. With the precipitous decline of shark populations over the last 50 years, we have already tipped some marine ecosystems dangerously out of balance, and are very close to doing so all across the world’s oceans.

It is essential that we move on from lethal culling programs and begin using non-lethal methods to reduce the risk of shark bite such as drone surveillance, personal shark deterrents, electromagnetic shark barriers, and simply education. Each of these ways can more effectively reduce the risk of shark bite without the terrible cost to marine wildlife.

Improving New South Wales’s and Queensland’s culling programs will not only be better for marine wildlife and the health of our oceans, but also for public safety.

Reading Time: 4 minutes   by Lawrence Chleback   To say mankind’s relationship with sharks is complicated, is a…

Reading Time: < 1 minute We are thrilled to offer live screenings of Envoy: Shark Cull around Australia! The ground-breaking…

We hope you've enjoyed the shark information provided. If you'd like to support our cause, and shark conservation, please become a Shark Champion by signing one of our petitions or donating financially.